Another Damn Sermon on Gun Violence 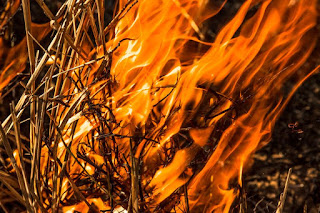 My daughter is in a new school district this year. In a bedtime conversation, she shared with me that she missed the cue for a fire drill this week, because she didn’t know that’s what the sound was.  Then she told me that she’s not sure what the lockdown process is at her new school, either.   That was a little bit more than scary -- for her and for me.

We just had our nine hundred and eighty sixth mass shooting since Sandy Hook. That was in 2012, in case you’re keeping count. Two hundred and seventy four days into this year, there have been two hundred and ninety four mass shootings. The satirical news site, The Onion, has taken to simply reposting the same article each time a shooting happens, with updated locations and dates.

I was chatting with a good friend this week and said that I didn’t want to preach one more damn sermon about gun violence.   She suggested, why don’t you just say that, bluntly.  I replied, "I did. Four gun violence sermons ago."  Dear ones, I am tired of this sermon.  As (I’m sure) are you.   As (I’m sure) is God.

I came home yesterday from presiding at a memorial service, and sat down to begin writing this sermon which I don’t want to be delivering.  Naturally, my gift for procrastination took hold.  I decided I would turn to my news feed to read a bit of what others were saying; it doesn’t do to compose a sermon while uninformed. At which point, I learned that our military forces – the United States’ – had bombed a hospital run by the international charity Doctors Without Borders.  A hospital serving victims in a war zone in Afghanistan, with coordinates made known to both sides.

We stand in the presence of the Holy One. Lead us not into temptation, but deliver us from evil.  Deliver us from the temptation to despair.  Lead us into prayerful action.

We have been caught up in a repetitive loop of lament, captive to endless news coverage and a dystopian vision that the odds are so overwhelming there is no realistic path to change. It is as if we were still living in the days of the Romans, when the crucified lined the roads as a warning to those who dared challenge the might of an empire. Understand that every death in every mass shooting, every proclamation that nothing can be done, is another cross raised to keep you living in terror.  This is all those news stories are designed to achieve:  keep the way of death foremost in our hearts.

Is this the way Christ calls us to live?  Enslaved, captivated by the power of death?  We belong to a different story.  The apostle Paul says this of Christians:   We do not grieve as others do, who have no hope.  We believe there is an end to the cycle of sin and death.

I am the God of the ancestors.   I hear the cries of distress.  I am aware of the suffering.   Now go...for I am sending you to do something about it.

The burning bush is where we are called out. God knows who we are, and how we are tempted to slide back into our comfortable lives of sheep-herding and goat-tending.  But at the burning bush, when people are dying and God calls you to act, prayer and refuge in personal holiness are not an acceptable retreat.  God knows that Moses is far from perfect.  He is a murderer and a coward, and not a very good public speaker, either. There are a multitude of excuses to be offered, but none are sufficient to disqualify him.

With every stammer of Moses, God repeats, “I Am; I Will Be.” And it is there we find our answer.   Remember God’s name: I AM. God’s name is existence itself, a declaration of life.  Do you really think a God like that will give any ground to the power of death?

If you have seen the flames and know the name of the one who calls you, if you admit this ground is holy, then you have no refuge in excuses. Yours is the voice God will use.

Such is the power of naming.

One of the earliest names for Christians was “followers of the way.”  We are disciples – students; and apostles – messengers.  If we are serious about our Christianity, then we proclaim life in the face of death; abundance in the face of scarcity, freedom in the face of enslaving powers that would oppress and impoverish God’s children.  We allow ourselves to be broken open and poured out for the sake of the world.  We do this, not under our own power, but rooted in the power of the one who sends us.   We are given God’s name that we might use it in times of need.

We say to the ones who walk in the halls of power, enough with these damn sermons about gun violence.  Deliver us from your excuses and your platitudes.  There are solutions and we demand them.

Moses, you have been called to action by a voice from a burning bush.  There is nothing about this which will be comfortable.

So make politicians uncomfortable.  Moses had to do a lot of badgering of Pharaoh to become more than a joke to the political elite.  Show up at campaign rallies and media events and office hours and ask how many people have to die before these policymakers take action.

If we are serious about this Christian thing, maybe we become single issue voters. Refuse to vote for a politician who will not take a stand on this, and let them know. Shift investments away from funds which support the machinery of death -- the guns and the bombs and the drones.  Begin the de-funding of war, both domestic and foreign.

If we are serious about this Jesus thing, we bring these issues up in polite conversation. Don’t be timid.  Make sure everyone knows your feelings: bring it up with your card club, your book club, your coffee klatsch, your curling and hunting and football-watching buddies. You do not know how many opinions you may sway.

We have been given the name, Christian.  We need no longer tolerate a culture of death, the worship of the gun and the sacrifice of untold numbers on the altar of violence.

Dear ones, you want to know how you are being called to use your gifts?  It is ever and always to challenge the dominion of death. This is the work of Christ, who came in the name of abundant life. We have not been given a spirit of fear, but of power, and love, and self-control. When we speak on the side of life, the Holy One will be with us. God will give us the words to say.

tellthestories
Single mother. Child of God. Drinker of tea. Lover of the Book. Reader. Writer. And much more...

How to reach me

My email is tellthestories [at] gmail [dot] com. Replace the terms in brackets with the usual symbols. Given the nature of electronic communications, there is a risk that your message could end up in my spam folder. Another reliable way to contact me is by commenting on one of my blog posts. I'll be automatically notified and will respond promptly.
Thank you for reading!